Shopify is a web application that allows you to create your own online store. It provides you with a wide range of templates that can be customized to meet individual users’ branding requirements, and it allows either physical or digital goods to be sold.

One of the main ideas behind Shopify is that users without much in the way of technical or design skills can create a store without the involvement of a design agency or web developer; however, people who are familiar with HTML and CSS will be pleased to discover that Shopify allows you to edit both, giving you a lot of control over the design of templates.
Because Shopify is a hosted solution, you don’t need to worry about buying web hosting or installing software anywhere; the idea is that pretty much everything you need to build and run your store happens ‘out of the box.’

That said, you can customise a Shopify store to meet more individual requirements through the addition of apps — more on which later — or using custom code.

Shopify is a software as a service (‘Saas’) tool – this means that you don’t own it but rather pay a monthly fee to use it. As long as you have access to a web browser and the internet, you can manage your store from anywhere. 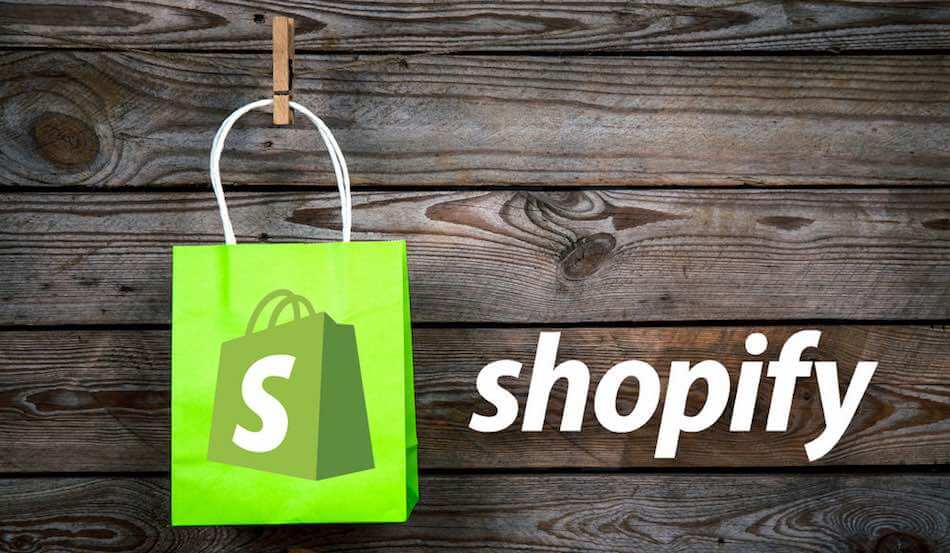 How many people use Shopify? And why does this matter?

According to Shopify the product has

Now without getting a mole into Shopify’s accounts department, it’s impossible to verify the accuracy of the above numbers, but it’s fairly safe to say that Shopify is definitely one of the more established e-commerce platforms out there.

This is important because when you choose a hosted solution to build an online store with, you are placing a large amount of trust in the company providing it. There have been instances in the past of similar services closing down in the past – Magento Go being a case in point — resulting in all manner of problems for their users (who had to migrate their stores over to a different platform at relatively short notice).

Shopify’s strong market position and very large user base should make the prospect of financial difficulties for the company less likely, which in turn makes the prospect of a store you host with them suddenly disappearing less likely.

We’ll have a look at what you can do with Shopify shortly – but first, let’s check out the pricing.

There are five Shopify pricing plans to choose from:

Shopify represents one of the cheaper ways into selling online, with its starter plan, “Shopify Lite” costing $9 per month and allowing you to sell an unlimited number of goods.

Shopify pricing (correct as of April 2019)

However, it’s important to note that the ‘Lite’ plan does not actually allow you to construct a fully-functional, standalone online store: rather, it

The Buy Button works similar to a Paypal ‘Buy Now’ button, but because it links back to Shopify, more sophisticated options regarding tracking orders and their fulfilment status are available. Additionally, you can use a Buy Button to display entire categories of products on another site.

Using the Shopify Buy Button allows you to integrate Shopify into a site built on another platform – for example, Squarespace or WordPress; this is a useful feature for users who are generally happy with their existing website but wish to integrate some Shopify e-commerce functionality onto it.

Finally, there is is also the ‘Shopify Plus’ plan to consider – this is an ‘enterprise grade’ solution which is designed more with big businesses in mind rather than the average user; it offers advanced features regarding security, APIs and fulfilment.

So what are the main differences between each plans?

Key features to watch out (and not miss by selecting the wrong Shopify plan) are:

Overall Shopify’s pricing structure is fairly consistent with key competing products like Bigcommerce, Squarespace and Volusion; the main difference involves the ‘Lite’ plan really, which whilst not giving you a fully hosted online store, does allow you to make use of many key Shopify features on an another website for a very low monthly fee.

If I had a criticism of Shopify’s pricing structure it would be that some features which you might expect to find on entry level plans — like gift cards and professional reporting — only become available when you opt for a more expensive one (or make use of a paid-for app).

Other solutions, notably Bigcommerce, are considerably more generous with the entry-level feature set, offering a bit more of an ‘all-in-one’ approach.

Let’s take a look at how Shopify actually lets you accept payments for your goods – because this is where some key advantages of using the platform can be found. 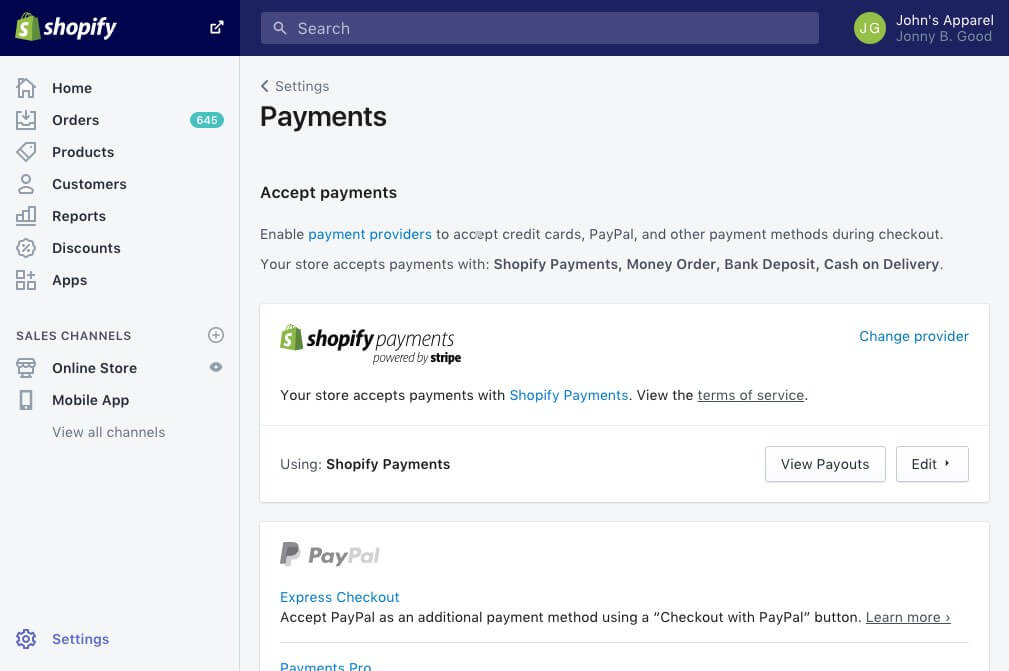 There are two ways to accept credit card payments on Shopify.

The most straightforward, for users in countries where it is supported, is to use Shopify Payments, Shopify’s built-in payment system.

If you use this, you don’t have to worry about transaction fees at all, which is great. However, there is still a ‘credit card rate’ to consider: in the US, you can expect to pay a rate of between 2.4% and 2.9% of each credit card transaction (plus on some plans, an additional 30c). In other countries, the rate is lower (the UK range of credit card fees, for example, stretches from 1.5% to 2.2%).

The exact rate depends on the type of plan you are on, with the lowest transaction fees (as you might expect) becoming available on the most expensive monthly subscriptions.

Alternatively, you can use a third party ‘payment gateway’ to process card transactions — of which there are over 100 to choose from (far more than are available from competing platforms Bigcommerce, Volusion or Squarespace).

If you use a payment gateway, Shopify will apply a transaction fee as well (of between 0.5% and 2% depending on the Shopify plan you’re on — again, the fee gets lower as the monthly plans get more expensive).

(Note however that Shopify Payments is not available to US territories except Puerto Rico.)

So if you’re not selling from one of those territories then you will have to use another separate payment gateway provider (meaning you’ll definitely need to factor transaction fees into the equation).

As mentioned above however, Shopify integrates with far more payment gateways than other competing products do (over 100 of them), so if you are selling outside of these countries, you should be able to find a payment gateway that’s suitable for your location easily enough.

As discussed above, the features you get with Shopify vary a bit according to the pricing plan you opt for.

All Shopify plans from $29 (‘Basic Shopify’) and up provide:

If you opt for the more expensive ‘Shopify’ plan, you also get:

If you’re on the ‘Advanced Shopify’ plan, on top of all the above you get the following additional features:

Finally, there’s Shopify Plus to consider: this is an enterprise-grade version of Shopify, providing features such as

Let’s zoom in on a few key aspects of Shopify that are worthy of particular attention.